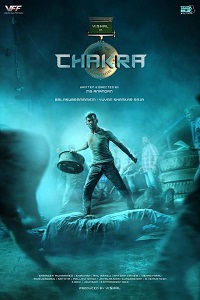 Great movie. As for fraud….huh…that’s nonsense. It was a pre-planned theft done by a person who is a hacker and is best at that. The only thing i disliked about this movie is co-incidence. There were too many coincidences that just kept happening and promote the story. The hero can solve cases ’cause god was helping him in every turn [ so that’s a big -s-h-it for me ]. But still, the story is nice and has quite a bit of depth in it [ regarding information about hacking, theft and other things involved ]. It can’t be compared with a movie like Ratsasan [ as this one turns out just shi-t in front of that ] But still, this movie is great if you compare it to other movies.

Even fights don’t look too over the top. Just exclude instances where villains who can kill, never killed actually. Who can come in group and easily finish mc, just waited behind others and come later to only get beaten. Huh…lol….there was even a scene where the throats of several police officers get sliced [ by a knife-like weapon ], but still, miraculously no one died. It is to be noted that most of the people were injured and can’t move, but still, somehow someone saved them, and this part was not considered necessary ,

so it was skipped. Similarly, there were several other problems which I felt at the moment of watching, but now I can’t recall them perfectly and I also don’t wanna spoil anything for you guys. So I will just say that this movie is great. Watch it. U won’t regret it. Just ignore some cliches and some parts where u will think that hero didn’t act acc. to his character and there was no mention of any acts that they did which were wrong if you compare them with some psychological movies where those aspects will be shown in much more depth. And don’t compare it to movies like Ratsasan/ Agent Sai Srinivasa/ Forensics 2020/ Yeh Saali Ashiqui/ Dhuruvangal Pathinaaru/ Maayavan/ Thupparivaalan/ Irumbu Thirai/ Oozham – It’s Just A Matter Of Time/ Kahaani and many others