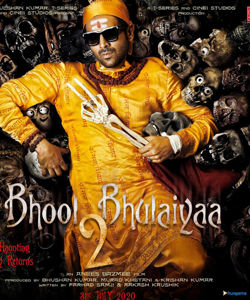 Bhool Bhulaiyaa 2 is an upcoming Indian Hindi-language horror comedy film directed by Anees Bazmee and produced by Bhushan Kumar. It is a standalone sequel to Bhool Bhulaiyaa starring Akshay Kumar. Bhool Bhulaiyaa 2 stars Kartik Aaryan, Tabu and Kiara Advani. The film is scheduled for release on 20 May 2022.